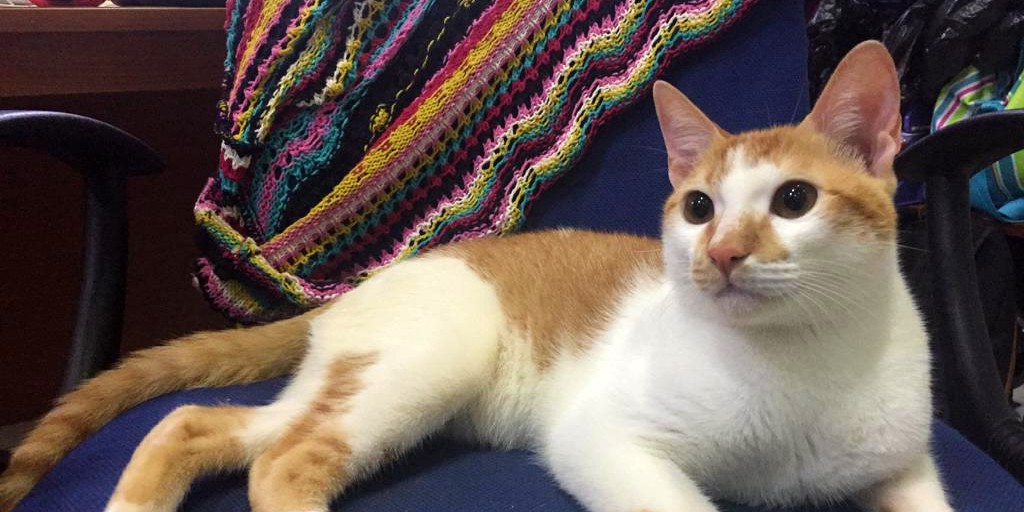 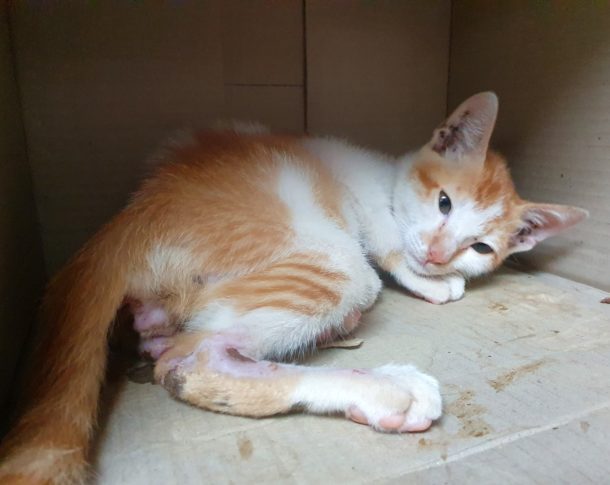 Nemo rocked up on 2nd March 2020 (not too long before the island shut down and we lost a load of our staff, good times!!) with hind limb paralysis, and wounds from where he’d been dragging his legs about. He was really bright though, wolfing down fish and biccies like no-one’s business! The plan was to keep him on cage rest to see if he improved – unfortunately he actually deteriorated, with his hind limbs hyperextending backwards, unable to weight bear at all.

We started physio a week or so after he came in, and Jono our head ACA (animal care assistant) was optimistic that there was a good chance of him regaining significant use of his limbs.

By mid-May, Nemo was was using his hind limbs more, but improvement plateaued and started sliding around using forelimbs and kicking his back legs.

Over the many months we’ve known him, Nemo has slowly improved, putting more weight on his back legs, though he never has full control over them. But he’s happy! The most important thing is quality of life when deciding an animal’s future – if they’re paralysed and unable to live a fulfilling life, it’s just not ethical (or kind) to keep them alive. But Nemo – despite his issues – is a very happy chappy. He scoots around comfortably on the tiled floor without getting sores, which is important. And he’s worked out how to drag himself up on to our office chairs?! Hench boi! 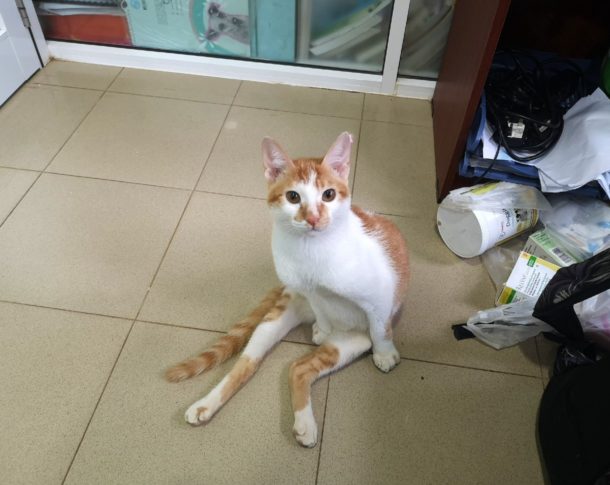 Another big issue is Nemo’s toilet troubles – he’s never been able to empty his own bladder properly. At first we thought he just needed it manually expressing, but he found it super uncomfortable and we realised he also needs meds to relax the urethral schincter (otherwise it kind of spasms and essentially blocks the exit meaning not only can he not pee, but we can’t help him by expressing either).

We’re also giving him something to help the bladder wall contract a little more, in an attempt to stimulate him to urinate unassisted but so far, no luck. So, as it stands, Nemo needs his bladder expressing a few times a day which unfortunately makes him harder to rehome, but we hope one day we can find someone on the island who loves him enough to give him a forever home and a… helping hand.

For now, he’ll live at WECare as he has such a lust for life and can play with his best mate, Chester, another differently-abled cat (who you can also sponsor).

NEMO, YOU’RE FASTER THAN A COBRA ON CRACK AND WE CAN’T KEEP UP.