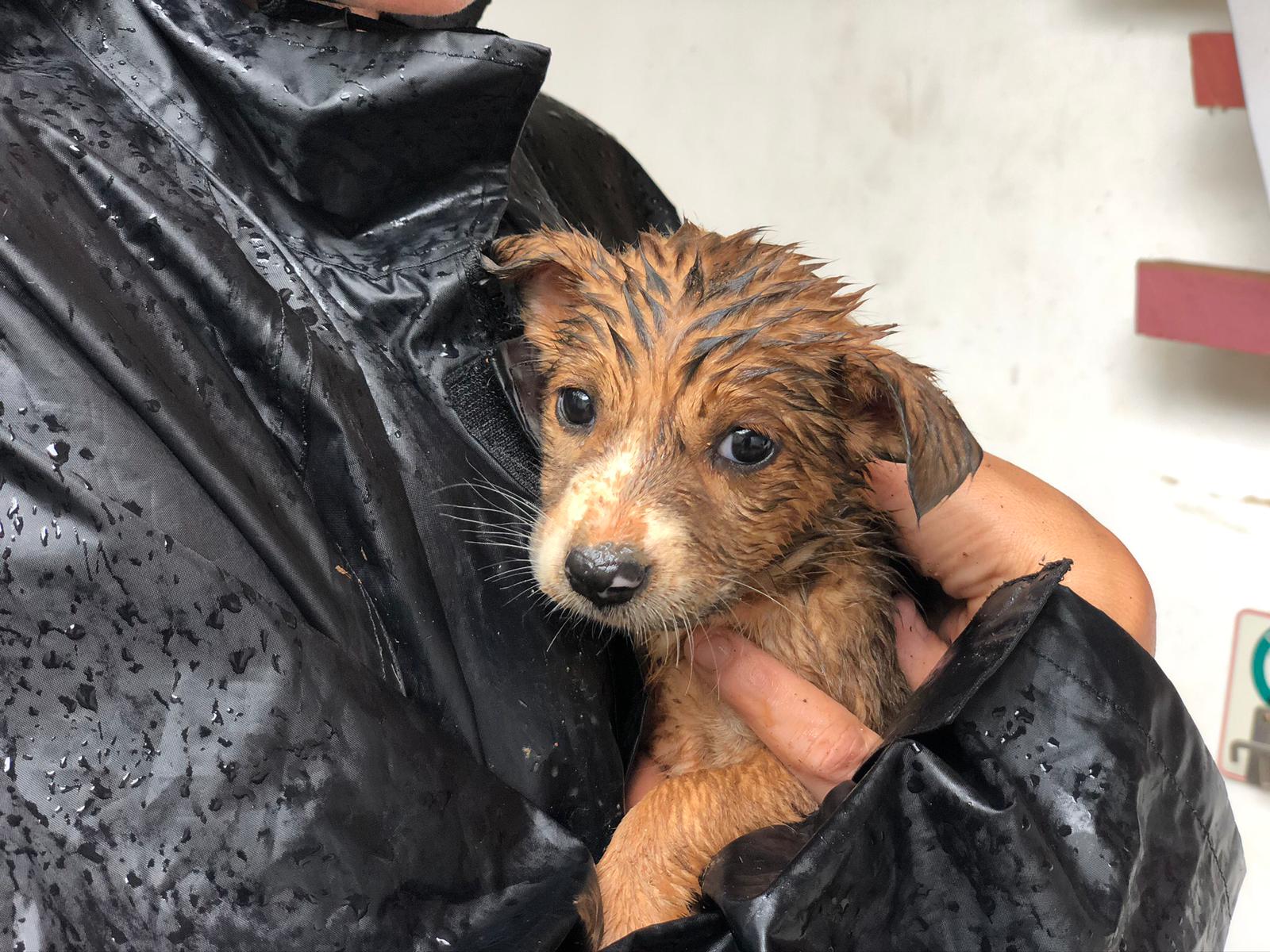 During tourist season (remember that?!), we always receive lots of calls and messages from worried foreigners about street puppies, asking us to come and scoop them up.

However, while we understand – and appreciate – their concern, we have to explain that as a rule, we don’t take healthy puppies off the street.

People are often shocked/appalled by this (and can be quite rude to us!), but hear us out.

For a start, we’re not a shelter. With 1-3 million roaming dogs on the island, we believe the most sustainable way of looking after them is keeping them on the street. Yup, even puppies!

Taking a puppy off the street deprives it of its only chance of learning how to survive as a roaming dog. So, we have to leave puppies to figure out their territory, food source and safe place to sleep – just like they’ve been doing for generations. (It really is possible!)

Did you know that one un-neutered female dog and her offspring can produce up to 27,000 puppies in her lifetime? (This is based on her litter containing eight puppies who each go on to produce eight puppies, and so on.) With the huge number of street dogs in the country it would be impossible to take in every single litter of puppies we come across.

If we scooped up every single puppy we saw, we’d be left with 1000s of puppies to try to rehome, and we’re already struggling with finding homes for our resident dogs as it is. (Why not sponsor a dog to help us out with their living costs?)

WECare is an incredibly busy veterinary hospital, and with very limited resources, we have to devote our time to the sick street dogs, not the healthy ones.

In order to have sustainable impact, we need to focus on preventing these puppies being born in the first place e.g. with our neutering programmes, which also make the mama dog’s life easier by stopping her endless cycle of pregnancy, allowing her to look after number one.

While we know that half of all street puppies won’t make it to six months of age (often succumbing to infectious diseases like distemper or parvovirus, or being involved in road traffic accidents), we have to prioritise the already poorly dogs.

Concentrating our efforts on healthy puppies just isn’t fair and it isn’t what we’re here to do.

Unvaccinated street pups require a lengthy isolation period of around 10 weeks to a) monitor them for infectious diseases that they could be harbouring and b) ensure they’re fully vaccinated against these diseases.

For every kennel that a healthy puppy takes up, we’re prevented from admitting a seriously ill street dog.

It also costs us around 70,000rs (~£250) per puppy, just to look after them for their entire iso period – and that’s just the healthy ones! Poorly pups cost a lot more.

On top of all this, it’s just not safe bringing healthy animals into a hospital environment with lots of poorly ones.

Okay cool, but why have you got so many puppies then?

That’s a very good question – at the time of writing this blog, we have 26 puppy inpatients that require barrier nursing…! Sometimes we do end up taking puppies in – usually when they’re dumped on our doorstep.

People will often dump puppies when their unneutered pet dog has had an unwanted litter, and they can’t afford to (or don’t want to) look after the offspring.

It’s supposed to be illegal to dump dogs here in Sri Lanka, but that certainly doesn’t stop people from doing it. Especially when it comes to puppies.

While we have CCTV surrounding the clinic, people are pretty smart and often dump unwanted litters of pups further up the road from us.

Often they’re dumped without the mum, so if that’s the case, or if they’re poorly or that they’re at high risk of being run over/injured/attacked by other dogs, we’ll bring them inside.

We have to treat new puppies as if they’re infectious, as pups can secretly harbour really nasty contagious diseases like parvo and distemper.

We then put the pups into isolation, where as few people have contact with them as possible, to limit the risk of cross contamination.

Each set of isolated puppies is assigned their own staff member for the day, who isn’t allowed to touch any other unvaccinated animals. When we have lots of puppies in the clinic, this means getting everyone involved, including office staff.

As you can imagine, this hugely adds to everyone’s workloads as – in case you’re not aware – puppies are, quite literally, full of shit. While they’re cute, they’re incredibly time-consuming, and we already have a lot to do!

Isolating puppies for that length of time can also be distressing for a puppy – while we try to spend as much time as possible with them, they miss out on weeks of playing and socialising with other dogs, especially if they’re in isolation alone.

What should I do if I see a puppy on the street?

It’s not unusual to see puppies on the street in Sri Lanka, so don’t panic. If you’re on holiday here, please try to remember that this is a very different culture – street dogs are very different to pampered pooches in the UK; they’re much hardier.

If they’re still of suckling age and you can’t see a mama dog, it’s best to keep a eye on them before you scoop them up, as the mother may be nearby getting food.

If you’re 100% certain the mother isn’t there and they’re too young to be left alone, please call your closest street dog organisation for advice.

Sometimes boxes of puppies are dumped on a street by one human, but picked up one-by-one by other humans, so do wait a few hours if you spot a dumped litter, as they may well have been adopted by passers by by the time you check back.

However, if you do spot puppies that need medical assistance, or pups close to a busy road, please contact your nearest street dog organisation for advice.

If the pups look healthy, why not be procactive and take them to a local vet to get their vaccinations, before popping them back?

If you’re worried about puppies between Matara and Tangalle, please call WECare on 0415637323 or send a WhatsApp message to +94(0)721275616, with as much information as possible, including a location pin. 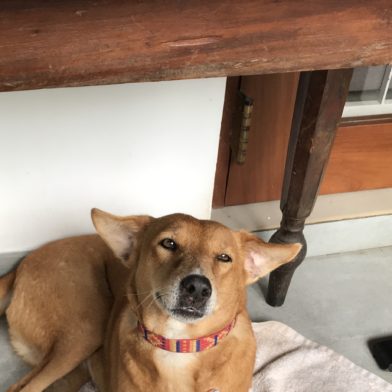 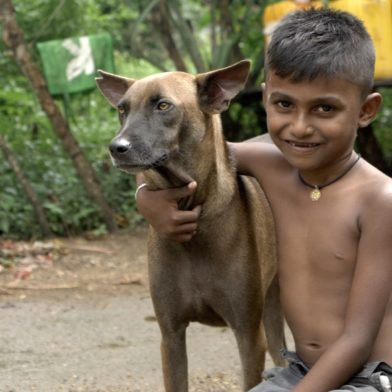 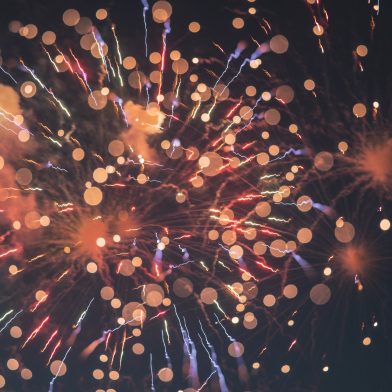