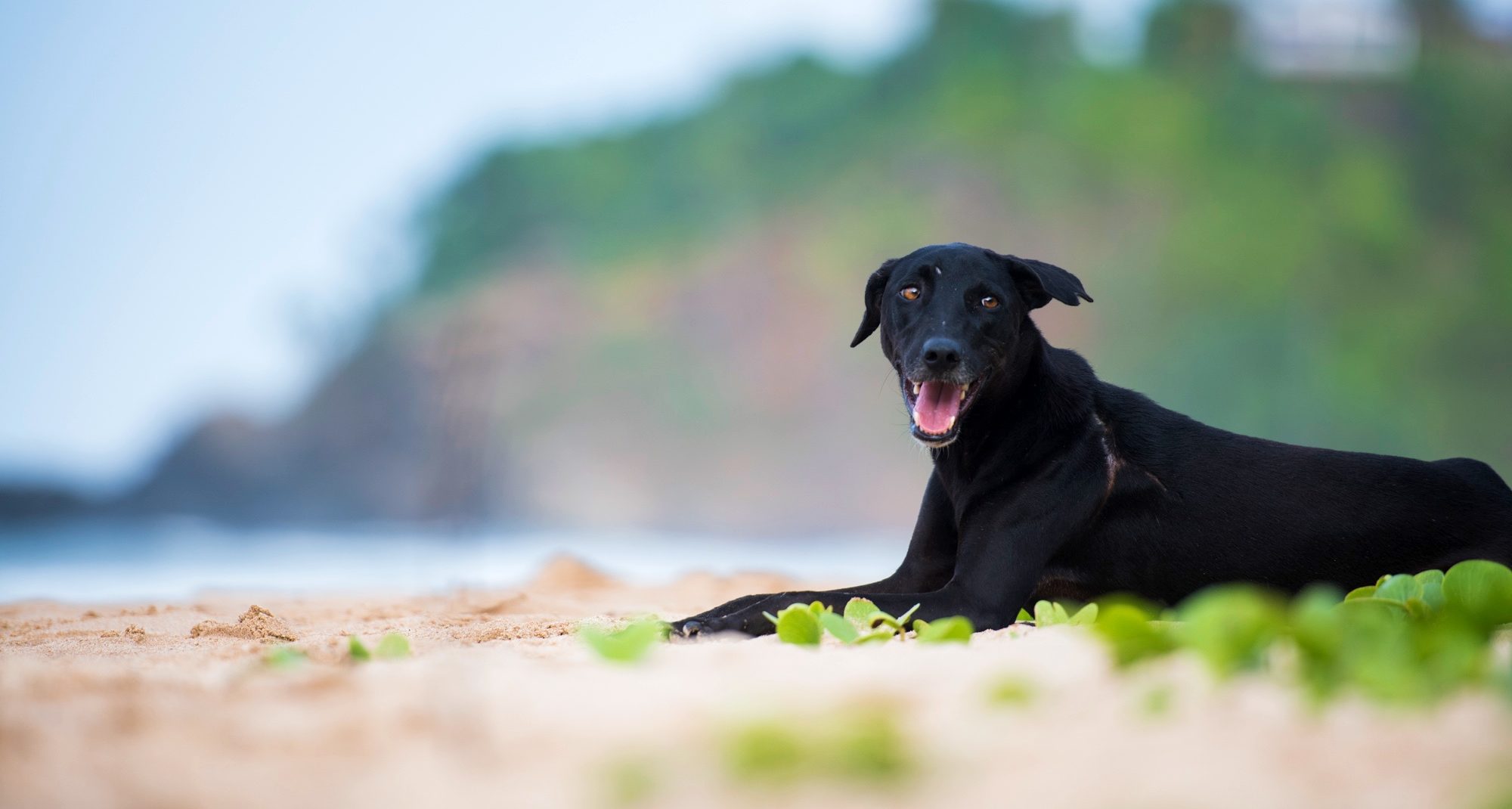 This is Dora. We found her at one of our neutering clinics four years with a huge maggot wound, which probably began as a dog fight or wild boar attack wound.

We whisked her away to sort the wound out, which involved lots of maggot picking, bandage changes and some surgery. Dora was rehomed with a lovely family but a year or so later we were heartbroken to see Dora turn up at our door again, having been involved in a road traffic accident.

She was paralysed and in horrendous pain, unable to weight-bear. We were devastated. But after lots and lots of love, care and physio, Dora veeeeeery slowly regained the ability to walk. It was a long process and worth every second of it as Dora now runs around with the best of ’em.

Sadly, while Dora was in recovery, her owner got really sick and had to move upto Colombo for her own medical care, leaving Dora without a family once again. Instead of waiting to be rehomed, Dora took it upon herself to leave the clinic garden and set up shop as a street dog outside.

Since then she’s been living a charmed life of frolicking on the beach at Talalla, eating rice packets at the temple in Gandara and chilling with fellow street dog Jeremy outside WECare.

However, in true Dora fashion, there’s another chapter – last year, she decided she wanted to live at our volunteer house up the road, where she remains living the life of Riley, with Mama and Rosie!

Dora loves an adventure and when she’s not spending her days exploring the local village, Dora walks our volunteers to work, waiting outside the clinic for them to finish, before walking them home (or catching a ride in their tuk).